Back in 2016 we were introduced to The Division, a third-person online loot shooter that felt like Ubisoft’s answer to Destiny. The Division ended up being quite a solid game with an addictive loot system, satisfying gunplay, and a fantastic cover system. But the lacklustre story and characters held it back from being truly great. So does The Division 2 improve on the original? Or it is simply more of the same? 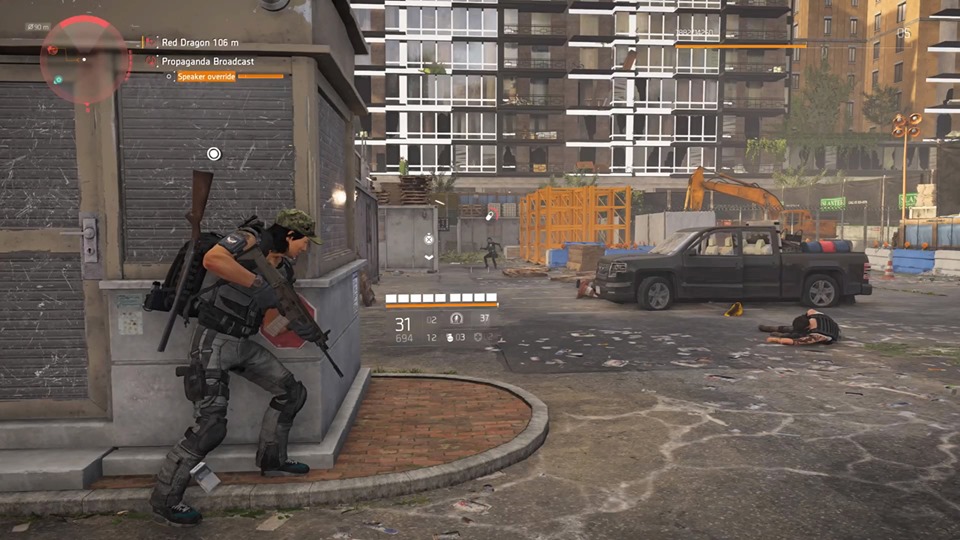 Both The Division and the sequel’s premise remains mostly the same. The US is in a state of chaos, with survivors and villainous factions at war with each other. This chaos was caused due to Green Poison, a potent strain of smallpox engineered by environmental terrorists. The sleeper ‘Division’ agents are awakened to help bring order to the country, and obviously, you play as one of these Division agents.

As I mentioned before, the original game didn’t have much of a story to get engaged in, or memorable characters to fall in love with. Unfortunately the same can be said about The Division 2. Even though the game has a decent premise, it’s the storytelling that lets it down.

Not once was I ever engaged in the story or felt anything for any of its characters. This is a shame because it certainly has potential to give us a riveting story, full of drama and twists, but it never really eventuated.

Any storytelling that does occur is through the game’s main missions. Each mission does contain its own plot, but rather than using it to really drive some strong story point, we’re basically given the same mission objective almost every time.

Search for a missing Division agent, clear out some bandit, etc. These were the goal of literally every main mission throughout the game and it’s a little disappointing. I can see that the game tried to have some kind of story happening, as you’ll notice the chaotic situation improving as you progress, but there’s no real narrative that drives the story forward.

If the story was forgettable, just wait until you meet the characters! There’s no way anyone will remember them once they’ve finished with the game. You’ll most likely forget them while you’re actually playing the game! Everyone just plays as the typical, cookie-cutter, military type. You won’t encounter any kind of personality as everyone is just so narrowly focused on dealing with the threats to peace.

Now while I’ve been harsh on the story and characters, I can happily say that it almost doesn’t matter, and doesn’t really negatively impact the game. Sure, it would be great if the game did improve in this area, but game manages to do fine without it. So now comes the fun part where I get to explain why! 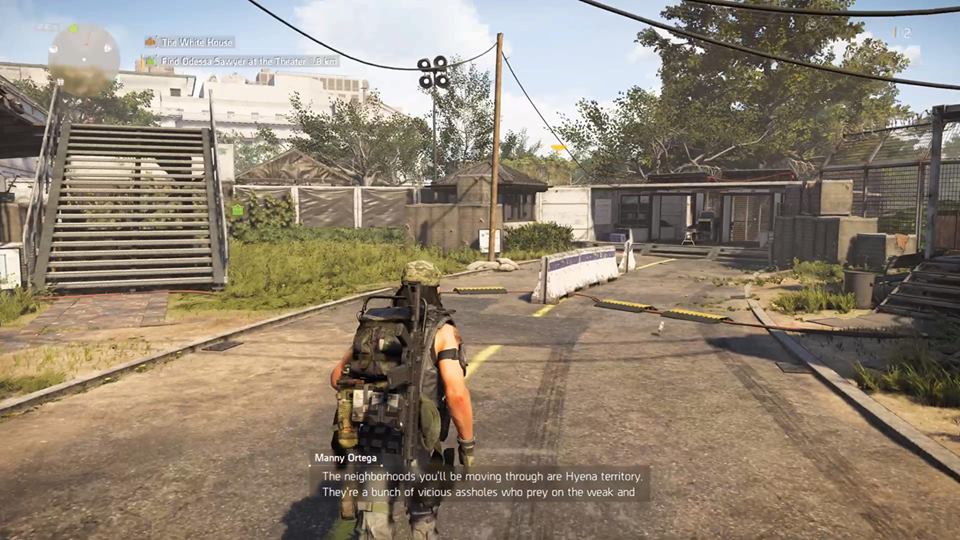 Being a loot shooter, The Division 2 only needs to succeed in two areas: the loot and the shooting. Thankfully The Division 2 excels in both of these areas! First I’ll talk about the shooting/gunplay. Like in the original, the game is played in third-person, both in traversal and gunplay.

Also like in the original, it feels like a dream. The responsive controls, the smooth aiming, and the satisfying feeling of each bullet penetrating your enemy remains the same here. There’s a great variety of guns to experiment with, each with their own pros and cons. I personally used the Assault Rifle as my main weapon, and the Marksman Rifle as my secondary. Both served their purpose well and I never felt the need to change.

In addition to weapons, you can gain skills such as turrets, drones, and other cool tech to unlock as you progress. These give such benefits such as extra defense, healing, or good ol’ assault. There’s plenty to choose from, as well as variations of each to cater to everyone’s playstyle.

But it’s that cover system that really wins me over. I loved it in the original and I love it just as much here. Pretty much everything and anything can be used for cover and it’s great how seamless it all feels. A lot of work was put into the level design to make each environment look authentic, but at the same time make it work for this style of cover-based gameplay.

But there’s also an element of strategy when it comes to cover. The damage your bullets do depends on how far away you are from your enemy. The closer you are, the more damage you do, though certain weapons have different damage drop-off points.

You don’t want to be too close though as you may be overrun or flanked, but if you’re too far then accuracy and damage become more of a problem. It really has this ‘XCOM’ feel to it, as it’s like you’re strategically placing your character around the battlefield, trying to work out the best position all the while having bullets fly passed your head. 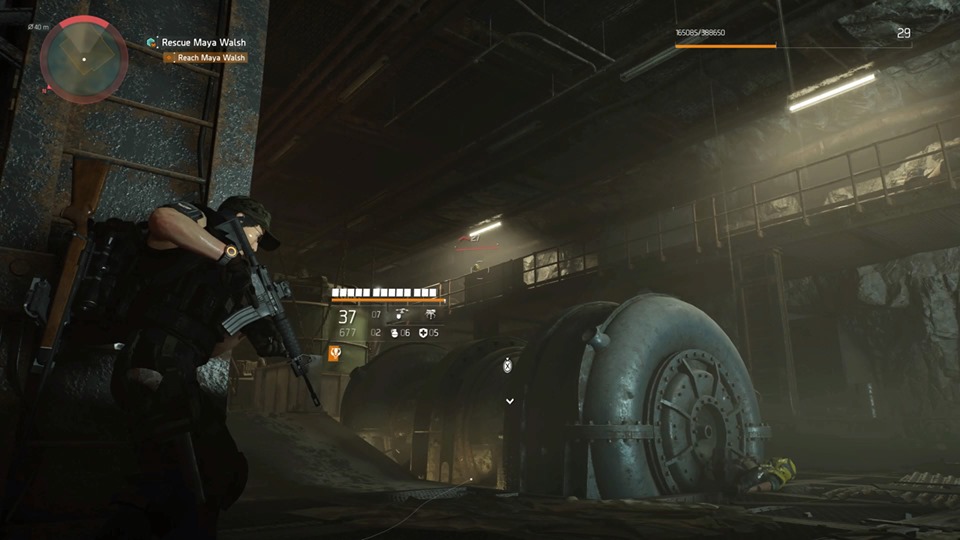 The other major aspect of The Division 2 is the loot. Forget the story, the loot is the main driving force behind this game. Every good loot-based game needs to have a decent amount of gear to equip to allow for more loot to be found. The Division 2 continues in this fashion with a wide range of gear to be found.

You’ll be able to equip a main and secondary weapon, as well as a side arm, and a whopping six pieces of armour! This adds up to quite a lot of gear that you’ll be needing, but at the same time, lots of gear to be found. And that’s one of the best parts of The Division 2, you’ll find loot everywhere and anywhere.

Not only do you find it everywhere, you’ll be rewarded with loot for literally anything you do. Enemies drop loot, containers scattered around contain loot, missions and activities will give you loot, and before you know it your inventory is full of gear and weapons for you to browse through. For anyone who loves being rewarded for anything they do, this game does it almost better than any other game out there.

I swear it felt like I spent so much time in the equipment screen checking out all the loot I’d picked after just one mission. But it’s such a great feeling when a game is constantly giving you rewards for your efforts, and it’s the main reason I wanted to play The Division 2 all the way to its end.

Now with the major talking points done and dusted, there are still some other areas I wanted to bring up, so let’s start with one of the more unique aspects of the original game- The Base of Operations.

In The Division 1, you had one Base of Operations that acted as a safe hub area, and was possible to upgrade as you progressed the game. Each upgrade (within each wing of the base) provided both cosmetic upgrades as well as actual perks and upgrades for yourself too. It was one of my favourite aspects of The Division 1, and while this feature has somewhat returned, it’s a shadow of its former self.

In The Division 2, your main Base of Operations is the White House that does upgrade in its looks as you complete certain main missions. Recruiting staff will open up more features such as crafting, target practise, etc. There’s also settlements that can also be upgraded to look more like a civilised home.

The only problem is, upgrading the settlements only give you cosmetic upgrades, and that’s about it. The only way to upgrade is to simply complete side missions, rather than collecting specific currency and choosing what you want to upgrade. I really enjoyed choosing what to upgrade based on the perks you earn like in the original, but in the sequel, it’s watered down which is a real shame. 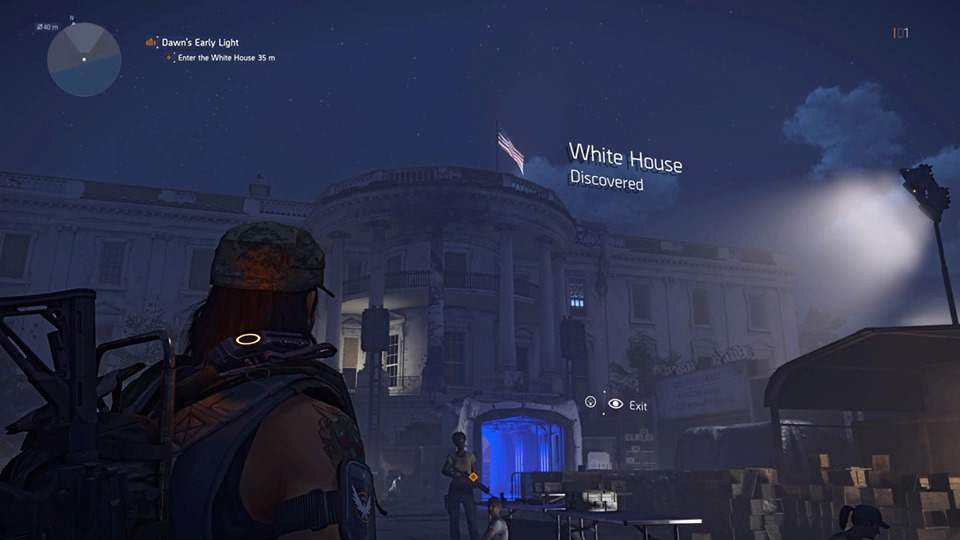 As you make your way through The Division 2, you play through zones like in any other MMO, making your way to the next zone once your level is high enough. I’ve always liked this idea of progression, but like a lot of games that do this, it’s prone to a lot of repetition in terms of the activities you do.

The Division 2 is no different in this regard, as each zone will have you doing the same tasks over and over again until you’re ready for the next zone. Whether you get tired of this repetition will be different for each player, but in my opinion, it didn’t bother me that much at all.

Onto the more technical side of things, the game did get laggy at times, but it was nothing game-breaking. I know more people had more issues, so maybe I was one of the lucky few that didn’t experience too many hiccups. Whenever the game loaded up, it did take quite a while for the textures to load, but after this initial wait, the game seems to run smoothly.

The sound in this game is fantastic though. Each gun has their unique sounds and they all sound crisp and sharp. What impressed me most was that the sound of the gun actually changes depending on where you are. If you’re shooting indoors, there’s less of an echo compared to shooting outside. These little details just make for such an authentic experience. 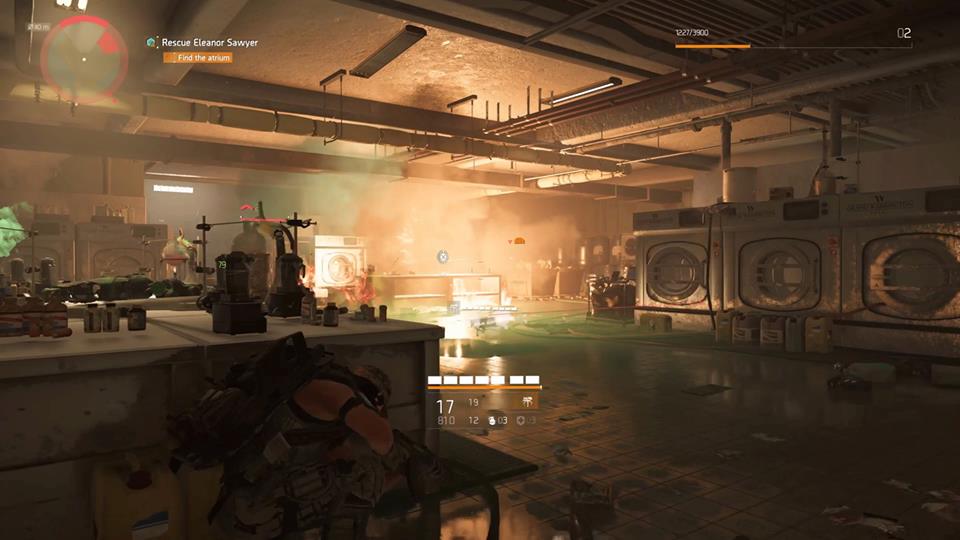 The last thing I’ll mention is The Division 2 post-game. I won’t give anything away but just when I thought I completed everything throughout the main story, including all side activities, I was amazed by how much more this game has to offer afterwards.

Not only can you take on more tasks, there’s more mechanics introduced too. I’ll admit I was overwhelmed with how much more there was, it feels like the game that keeps on giving. It’s post game done right!

While The Division 2 is very similar to the original, almost to the point of feeling like the same game, it’s still a load of fun that will scratch the itch of any loot shooter fan. The constant loop drops from every nook and cranny of this game is addictive and will keep you playing.

Combine that with the excellent and responsive gameplay, and you’ll have a great time with The Division 2 even after the main missions have been completed.

Even though they don’t negatively impact the game too much, I still have to bring up the game’s poor story and storytelling. Neither are going to get you invested, but neither are this game’s main focus. The repetitiveness is very apparent, but the gameplay and loot are so addictive, it negates this criticism.

Overall The Division 2 is a very solid online loot shooter. In fact, it’s one of the better ones out there. If you only play one game in this genre, make it this one.